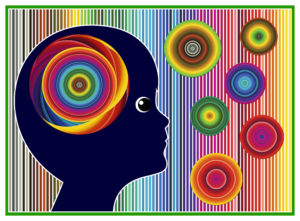 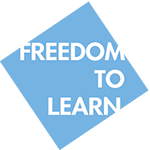 This relaxed and friendly day event at Newman University, Birmingham—organised by the BERA Alternative Education Special Interest Group and partnered with the Freedom to Learn Network (www.freedomtolearnproject.com) offers an opportunity for those interested in neuroscience and education done differently to meet and debate connected relevant issues.

We have two invited keynote speakers: Dr Kris De Meyer a neuroscientist from Kings College, London, who specializes in the formation and retention of beliefs (whether right or wrong) – speaking about ‘The Mind of the Educator’, and Dr David Aldridge of Brunel University, London who has a philosophical interest in both alternative education and neuroscience – speaking about ‘The Noble Lie of Brain Plasticity’.

I was lucky enough to be discussant in a very lively symposium at BERA Conference yesterday and thought I would post my response here for anyone who was unable to get to it. This isn’t exactly what I said: it was written up creatively from the notes I made as the papers were being given.

‘It’s life Jim, but not as we know it’: values and community in the life of Academies

1. Shaping the self: young people’s struggles within the(ir) Academy

2. “Our Ways” – The insertion and development of sponsor approved attributes into the whole curriculum of Academies

3. Academies and the rise of a new state-led paternalism

For the time being, you can read Richard’s paper here.

Richard was clear early on in stating that despite appearances, the symposium doesn’t really address the Trojan Horse issue. I think there are some implications in the background here. I’ll elucidate my interpretation of the implications of what Richard said, and perhaps when he responds to questions he can point out if I have taken it too far.

I think the issues are around the inculcation of Fundamental British Values. We’ve noticed the shift in policy and guidance from simply not undermining British values, as we find in the Teachers’ Standards of 2011, through ‘encouragement’, to the more recent proposal to ‘actively promote’ them (or in Richard’s words, ‘nurture’ them). I think the problems here depend on how weak or strong a conception we have of what is British about our values. Often the lists of values we are offered do not seem distinctively British – they are things like ‘tolerance’ that really we might expect to be the values of any educated person. In this case, it does not seem useful or appropriate, really, to argue that they are ‘British’. Once we begin to list values that might look distinctively British, it doesn’t look at all clear that these values are necessary to being an educated person. According to Richard’s argument, it would appear than that although schools might structure their curriculum around such distinctively British values, they ought to stop short at ‘nurturing’ them.

I was once asked to review a book called ‘Early Academies: Making a Difference’, which purported to offer evidence (it was pretty thin) as to the success of the early ‘replacement’ academies, and identified ten features of successful academies. You can find them in Andrew Adonis’ introduction here. A lot of these features, it occurs to me – around ethos, leadership, commitment of staff – were different ways of saying, according to Richard’s definition, that they were ‘Strong Values Academies’ (SVAs). I remembered noting at the time, as Mark has done today, that a lot of the value foundations being offered here were contestable stories, and they were being treated as unproblematic. I was uncomfortable, as Mark is, about the prevalence of individualism, entrepreneurialism, and competition as values that were actively encouraged in these schools.

I also noted that the value stories were not particularly coherent. I know we can give all sorts of accounts of how Christianity has in fact led to the secular values of capitalism, but it’s actually pretty hard to encourage the values espoused by Jesus alongside competition or entrepreneurialism, at least in any sort of way that is ontologically coherent – although that certainly didn’t stop most of these school leaders. But I wonder about Richard’s criterion about coherence of narrative, and whether this really is essential to his definition of SVAs.

There is always an instrumentalisation in the way values that are discussed in a document like this. They always purport to recognise that there is more to being an educated person than just academic achievement, that it might also have something to do with the values you hold or the contribution you might make to community. But at the end of the day, whenever having strong values is commended to educational institutions, it is always on the instrumental grounds that this will lead to academic achievement. It’s sort of, “You’ve got to realise and promote in your school ethos that education isn’t all about improving grades and reducing your numbers of NEETS, it’s also about fostering certain values. And if you do foster these values, your grades will go up and your NEET numbers will go down. So you should.”

A lot of the accounts in the ‘Early Academies’ document stressed the importance of links with local communities (although it didn’t make its way into the ‘ten features’). But no evidence was really offered as to the effects or success of these links. Simon has offered us today a compelling story about how this narrative (value?) of individualism is harmful to academic achievement, harmful to communities and particularly harmful to disadvantaged young people in those communities.

Simon also demonstrates how there are virtuous elements to relationships with students which might be likened to friendship – to do with being on their side, being someone they can trust and strike up a rapport with. I have found myself as a PGCE tutor repeating the standby: ‘remember you’re not their friend’. I think often in our understandings of professional persona we have bought into that managerial, instrumentalist values story that Richard and Mark have argued is being perpetuated by a certain minority cultural elite. This links to the kind of managerial narratives about discipline that we have been hearing about in today’s news. It also reminds me of James Macallister’s paper in one of yesterday’s Philosophy SIG sessions, where he pointed to richer possible conceptions of discipline that link more closely to conceptions of what it is to be an educated person rather than this managerial performative picture that is currently being promoted. (You can read one of James’ papers on this here).

I hadn’t thought I would be able to shoehorn Heidegger into this discussion, but Mark gave me the opportunity. You mentioned the current lack of clear values statements on school websites, and that got me thinking about whether such a thing was necessary.

I am reminded of Heidegger’s well-known claim that no-one died for mere values. What he means by this is that ‘values’ have become a matter of subjective choice – you might hold certain values, or you might choose other ones. But you can see that this means that values are pretty much arbitrary, and they lose their binding force. Some people argue that Heidegger doesn’t say very much about ethics, but I find this compelling. Our shared ethics, for Heidegger, are part of the pre-reflective background that makes possible our understanding of life. They are tied to that ‘clearing’ in which we ‘dwell’, which maps out the paths and possibilities for a meaningful, ethical life, but doesn’t instruct us to go in a particular direction. What binds us here is characterised by being dark and obscure. It resists codification in explicit terms, but can be thought of as a tradition of dialogue that contains tensions and critical opportunities. It is a fertile soil that makes possible ethical emancipation, revision, and the recovery of old and neglected possibilities, all the while growing out of a shared heritage. Heidegger likens this to the eastern concept of The Tao, The Way, in which we all grow, develop and differ. There is a technological desire to master and instrumentalise value by making it explicit. But you can think of The Tao as a tree. Codifying values- bringing them out of ambiguity and into stark, technological light – cuts the branch from the tree. It will wither and die.

Having clear statements of values is an instrumental, managerial technique that schools have learned from business. Clear values bring about particular results in an institution. Perhaps schools should not make clear statements of value, but should attempt to induct children into that ongoing conversation in the tradition, in all its ambiguity and tension.